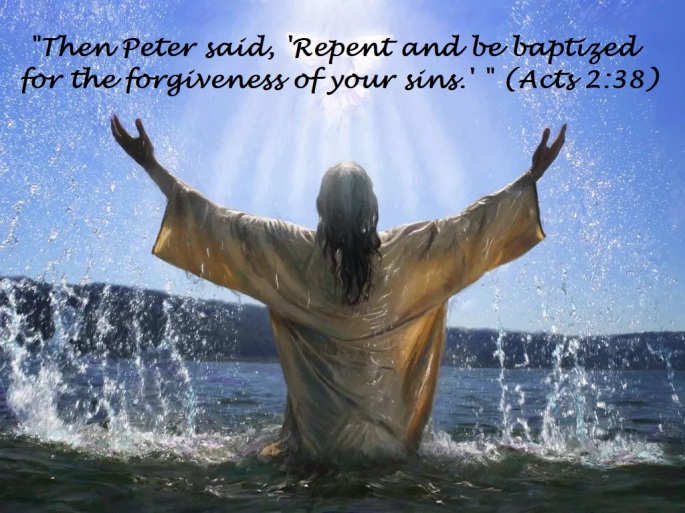 From the Preacher’s Pen… How did you become a Christian? Is it appropriate to ask that question of anyone? Paul shows us plainly in Acts 19:1-5 that it is appropriate and necessary.

So, in light of all the worldly false teaching out there, let’s ask ourselves the important question:

How Did You “Receive” Christ?

It never fails to amaze me how often a Biblical term that has been used since Bible times suddenly becomes popular with the denominational world. But what makes it truly perverse is the fact that they give it their own “spin” instead of using it the way God does.

An obvious example is the term “born again Christian.” In God’s view, there are no other Christians than those who have been born again. Jesus explained it with great clarity to Nicodemus in John 3:3-7, you must be born again to ever see (be a part of) the Kingdom of God!

And yet suddenly a few years ago the denominational world proposed that Christians needed to become “born again Christians” by something other than the water and the Spirit.  Sorry, that’s not God’s way.

Hopefully, you are familiar with the concept of belief. Believing Christ or believing in or on Christ is used repeatedly in the New Testament. But no one actually “believes” Christ who does not obey Him. John 3:36, for one example, makes it plain: He who believes in the Son has eternal life; but he who does not obey the Son will not see life, but the wrath of God abides on him.

Another popular term involves “receiving Christ.” Sure, God does use that term as John 1:12 speaks of those who received Him as opposed to those who reject Him. The flagrant error comes with the explanation that this means “taking Jesus as your personal Savior.”

Sadly, for those that teach such, the New Testament never urges anyone to “take Jesus as your personal Savior.” So, in the context of the Scripture, what does it really mean to “receive Jesus?”

To begin with, John wrote those words about “receiving Christ” over 50 years after the Lord’s church began. Jesus’ church began with Peter and the other Apostles fulfilling prophecy and God’s direct commands by preaching on the day of Pentecost after Jesus’ resurrection. On that day and forever since the Lord’s people of His church have preached the message of “repent and be baptized for the remission of your sins and you will receive the gift of the Holy Spirit” (Acts 2:38). Luke would record those words in the book of Acts about AD 60.

The Apostle John had been there that day and had preached and taught the same message. Since John preached the truth don’t you suppose that he meant the truth and not some other doctrine?

While God never speaks of accepting Jesus as your “personal savior,” He repeatedly speaks of the body, the church of Christ. If you are going to actually listen to what God says, we are called to accept Jesus as our “corporate” or joint savior!

When John penned the words, But as many as received Him, to them He gave the right to become children of God, even to those who believe in His name (John 1:12), he meant just what he and the other New Testament teachers and preachers had always meant!

Those who receive Jesus are those who obey Him. Those who believe Him do His will. Those who do the right things commanded by Jesus are those that become children of God. John repeatedly points this out, both in his Gospel account of Jesus and in his letters to Christians (cf. John 14:15; 15:10; 1 John 2:3–4; 3:22; 5:3).

So, have you actually received Christ in His way? Did you repent of your sins? Were you added to the Lord’s family by being born again through baptism? Nothing less is obedience to God. Jesus said, “If you love me, keep my commandments.”

Will you do so?