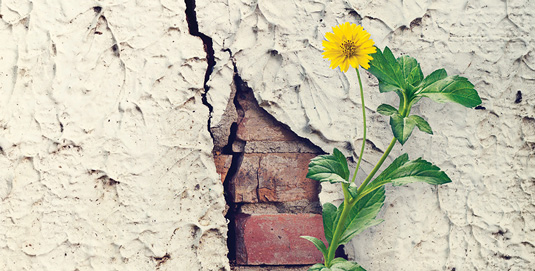 Many times over the years I have had people tell me what they thought about someone. Somewhere along the way we as Christians began to actually believe Satan’s lie that “everyone is entitled to their own opinion.” God thinks otherwise!

An opinion based on solid ignorance is not the equal of actually knowing! That lesson extends into countless areas of our daily Christian life. But perhaps none is more soul-destroying than letting our ignorance cause us to miss fellowship with God’s people or the opportunity to teach someone the Gospel.

Sharing the Gospel is our job as God’s family of light in this world. Like Jesus, we must be busy doing our Father’s will. So remember to be…

Careful How You Judge

One spring, sometime before the Civil War, a boy in search of work came to Worthy Taylor’s prosperous Ohio farm. The farmer knew nothing much about the boy except that his name was Jim, but he gave him a job. Jim spent the summer cutting stove wood, bringing in the cows and making himself generally useful. He ate in the kitchen and slept in the hayloft.

Before the summer was over, Jim had fallen in love with Taylor’s daughter. When the farmer refused to let him marry her — telling him bluntly that he had no money, no name, and very poor prospects — Jim disappeared.

Thirty-five years passed before Taylor one day pulled down his barn to make way for a new one. On one of the rafters above the hayloft, he discovered that Jim had carved his full name: James A. Garfield. Garfield was then the president of the United States.

All of us have made mistaken judgments about another person. We think this person can’t amount to anything; he will never make a contribution, or he will never be productive. But the years pass; the person matures; he is trained and applying his skills; he becomes a success.

Who could have foreseen that Peter could become the bold proclaimer of Christ after his denial? Who would have thought that Paul would be so faithful after a life spent in persecuting Christians? Who could have predicted that John could become the writer and preacher known for his love after being nicknamed a “Son of Thunder?”

There’s one case that may well be the way we most commonly make this mistake: Thinking someone is not interested in the Gospel. It’s easy to judge someone as not interested and a waste of time but we never can really know their heart until we try. The gruff, grouchy, uncaring exterior may well hide a heart that’s hurting, looking for answers, looking for Jesus.

The only way to know for certain is to offer them the chance to see the Savior. Have you ever thought how many excuses Philip might have offered instead of talking with that Ethiopian nobleman? He’s reading his Bible so he already has his mind made up! He probably already goes to church somewhere! He’s surrounded by guards and I can’t bother him!

Take care that you are not the judge who writes off someone who just might (perhaps with your encouragement?) become a faithful child of God. Here’s a great scripture to think on this week:

And so, as those who have been chosen of God, holy and beloved, put on a heart of compassion, kindness, humility, gentleness, and patience; bearing with one another, and forgiving each other, whoever has a complaint against anyone; just as the Lord forgave you, so also should you. And beyond all these things [put on] love, which is the perfect bond of unity. And let the peace of Christ rule in your hearts, to which indeed you were called in one body; and be thankful. (Colossians 3:12-15)