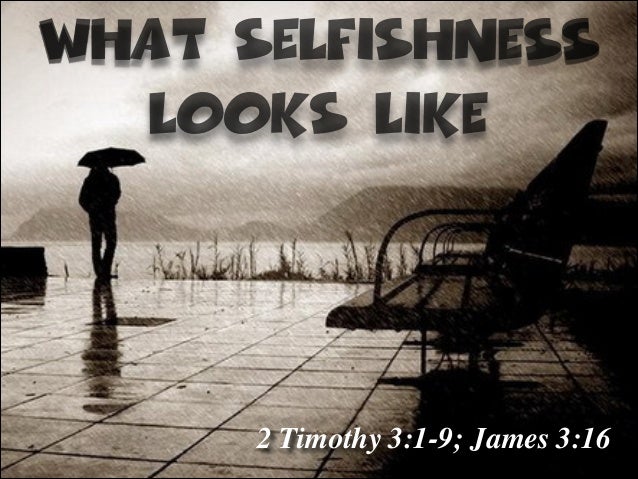 In serving others man finds some of his greatest happiness. But many a person’s selfishness will not let him consider this, much less try it. Man so limits his happiness through his selfishness and fears that they keep him from launching out by faith into that which is good. The selfishness which is in man causes him to be afraid that he will find happiness in making others happy.

But he is so self-centered that he is willing to suffer in order to maintain that selfishness, for with it he feels so self-reliant that he can take care of his own needs. This way he protects himself from being vulnerable to trusting in others who may betray him. His fears keep him from being good and consequently from being a true friend to another. And this puts fear in the hearts of the others who would be his friends and consequently causes them to have fears and apprehensions that encourage them to maintain their own lives and also live within their own little spheres of self-reliance, selfishness, and fears.

It is the fearlessness of the few who launch out by faith into the good that makes this world have hope and faith in mankind. It is those who will risk their lives, who will return a lost wallet, who will stop to help those who have just had an accident, or who will reach down to help an employee who is having a hard time trying to overcome the hurdles of acceptance within the company. It is these few true Christians who show they care for others more than themselves who restore faith in the hearts of many men that there is good, there is hope, there is something out there that might make the world better. We call that spirituality and being like Christ.