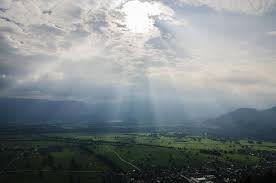 Several times each year we are privileged to see a new birth as someone is baptized into Christ. As saints, God’s people, we choose to either greet that New Birth with the world’s style (applause, whistling or whatever the world does) or we can greet them as the people of God have done since the beginning with AMEN!

Why has God chosen such a word? Let’s consider…

One of the main reasons for simply transliterating a word is that it keeps us from having to translate a single word into our language as a longer phrase or group of words. Unfortunately, there is also the danger that we will miss or lose much of the word’s original meaning and introduce mistaken ideas or even error. You will recall that such has happened to the word baptism when you read a modern dictionary and see the comfort it gives to such errors as sprinkling or pouring.

We should be familiar with the basic use of amen to mean “so be it” or “let it be so.” Unfortunately, many folks think that it is nothing more than a “The End” to a prayer. But, like many words, there is much more to it than just this over-simplified definition. Let’s look briefly at the Hebrew word as God’s people have used it and try to gain a fuller understanding and appreciation of what God is telling us.

Amen was used by God’s people to express their agreement to His Law and their willingness to submit to the penalty for breaking it (Deuteronomy 27:15). It is also used to express agreement in or to the prayers of another (1 Kings 1:36 where God is called on to amen the choice of Solomon as king), or in another’s thanksgiving (1 Chronicles 16:36) either by an individual (Jeremiah 11:5) or by the congregation of God’s people (Psalm 106:48).

In the New Testament Christians followed the Hebrew example in using amen to associate themselves audibly with the prayers and thanksgiving offered by fellow Christians (1 Corinthians 14:16 – this passage also suggests the appropriateness of our saying amen aloud in the worship assembly). This custom conforms to the pattern of things in Heaven (Revelation 5:14).

Jesus often used amen, translated as “verily” (KJV) or “truly.” The Gospel of John nearly always repeats it as “verily, verily” or “truly, truly.” Once Amen is used as a title of Christ (Revelation 3:14) because through Him the purpose and promise of God are established (2 Corinthians 1:20).

Thus, used of God it speaks of His faithful and true nature and when used by God is means “it is and shall be so.” When used by men it’s meaning is “I agree” or “let it be so.” Christians say amen to express their “let it be so” in agreement and response to God’s “thus it shall be” (Revelation 22:20) and to place their seal of agreement on prayers and thanksgivings, their own and those of fellow Christians.

In amen, we have a word that truly belongs to God’s people as a part of the heavenly vocabulary. Wouldn’t it be a great idea for us to amen God’s will and live like it this week?