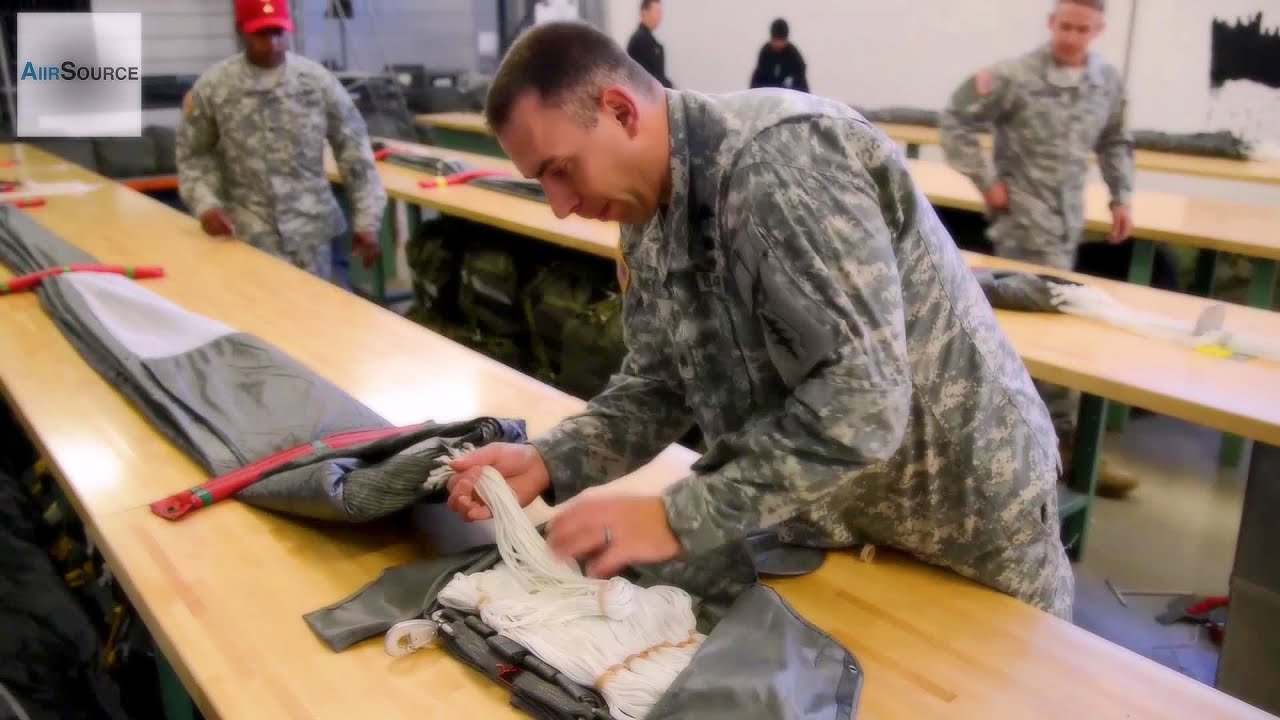 Together we serve the Lord! One of the great lessons of God’s word involves the reminder of our togetherness in Christ. While we can study God’s word, pray, even sing praises by ourselves, we are taught by God to do what in many ways is our most intimate remembrance of Jesus’ sacrifice with our fellow saints, the Lord’s Supper.

Just how important are our fellow saints?

Who Packed Your Parachute?

Joseph Charles Plumb Jr. graduated from the U.S. Naval Academy in 1964. He earned his Navy pilot’s wings in 1966 and went on to fly the F-4 Phantom. Flying from the aircraft carrier USS Kitty Hawk for his 75th mission, with only five days before he was to return home, his plane was shot down by a surface-to-air missile. Plumb ejected and rode his parachute safely to the ground only to be captured. He would spend the next 2,103 days as a POW in the prison camps where, like so many others Americans, he was tortured.

Years later after his return home to the States, he and his wife were eating in a restaurant when a man came up to him and told him. “You’re Plumb. You flew jet fighters in Vietnam from the aircraft carrier Kitty Hawk and were shot down.” Plumb admitted that was all true but asked how this man knew these things. His reply was, “I packed your parachute. I guess it worked!” Plumb shook his hand and thanked him for a job well done. For Plumb, this became a lifelong lesson to be shared with others.

For us as Christians, this same lesson is vital. We often remind ourselves, and rightly so, that no one can be saved by someone else’s works. While that is true, it is equally true that we cannot be saved alone.

Christ came to save sinners (1 Timothy 1:15), that includes each one of us, but that is because He died for His church (Ephesians 5:25). We, together are the body, the family of God and are called to be the light of the world.

No fighter pilot packs his own parachute, builds and services his aircraft, refuels and rearms it. No Christian does it all either! Two illustrations from Scripture well illustrate this lesson.

First, Paul liked to remind us of the human body. Just as it is made up of multiple parts that keep each other alive and functioning, so, too, is Christ’s church: For just as we have many members in one body and all the members do not have the same function, so we, who are many, are one body in Christ, and individually members one of another. (Romans 12:4–5)

It is that vital, one and only body, that we must belong to and be a part of for our salvation (cf. Ephesians 4:4, 12). It is that same one body that continues our proper functioning and growth as we build in love (Ephesians 4:16).

Second, God pointedly uses the words “one another” to reinforce our working together or failing together. Consider just a few of the 50 some times that God uses this single Greek word for “one another:”

So then we pursue the things which make for peace and the building up of one another (Romans 14:19).

Bearing with one another, and forgiving each other, whoever has a complaint against anyone; just as the Lord forgave you, so also should you (Colossians 3:13).

Let the word of Christ richly dwell within you, with all wisdom teaching and admonishing one another with psalms and hymns and spiritual songs, singing with thankfulness in your hearts to God (Colossians 3:16).

And may the Lord cause you to increase and abound in love for one another, and for all people, just as we also do for you (1 Thessalonians 3:12).

Therefore encourage one another and build up one another, just as you also are doing (1 Thessalonians 5:11).

For we also once were foolish ourselves, disobedient, deceived, enslaved to various lusts and pleasures, spending our life in malice and envy, hateful, hating one another (Titus 3:3).

But encourage one another day after day, as long as it is still called “Today,” so that none of you will be hardened by the deceitfulness of sin (Hebrews 3:13).

And let us consider how to stimulate one another to love and good deeds, not forsaking our own assembling together, as is the habit of some, but encouraging one another; and all the more as you see the day drawing near (Hebrews 10:24-25).

Therefore, confess your sins to one another, and pray for one another so that you may be healed. The effective prayer of a righteous man can accomplish much (James 5:16).

Since you have in obedience to the truth purified your souls for a sincere love of the brethren, fervently love one another from the heart (1 Peter 1:22).

Above all, keep fervent in your love for one another, because love covers a multitude of sins. Be hospitable to one another without complaint. As each one has received a gift, employ it in serving one another as good stewards of the manifold grace of God. (1 Peter 4:8-10)

But if we walk in the Light as He Himself is in the Light, we have fellowship with one another, and the blood of Jesus His Son cleanses us from all sin (1 John 1:7).

This is His commandment, that we believe in the name of His Son Jesus Christ, and love one another, just as He commanded us (1 John 3:23 – Jesus gave us that “new commandment” in John 13:34).

Beloved, if God so loved us, we also ought to love one another. No one has seen God at any time; if we love one another, God abides in us, and His love is perfected in us. (1 John 4:11-12)